This report summarises views from a national survey of local councillors in England on their approach to the design of new residential development. For too long we have been building too few homes and those that we build are often of a quality that unites local communities in opposition against them.  Understanding the role of local politicians as regards the design of new housing development: their aspirations, motivations, mode of operating and frustrations, was the purpose of this national survey. This research asks, how are our local politicians playing their part in helping to deliver better design? 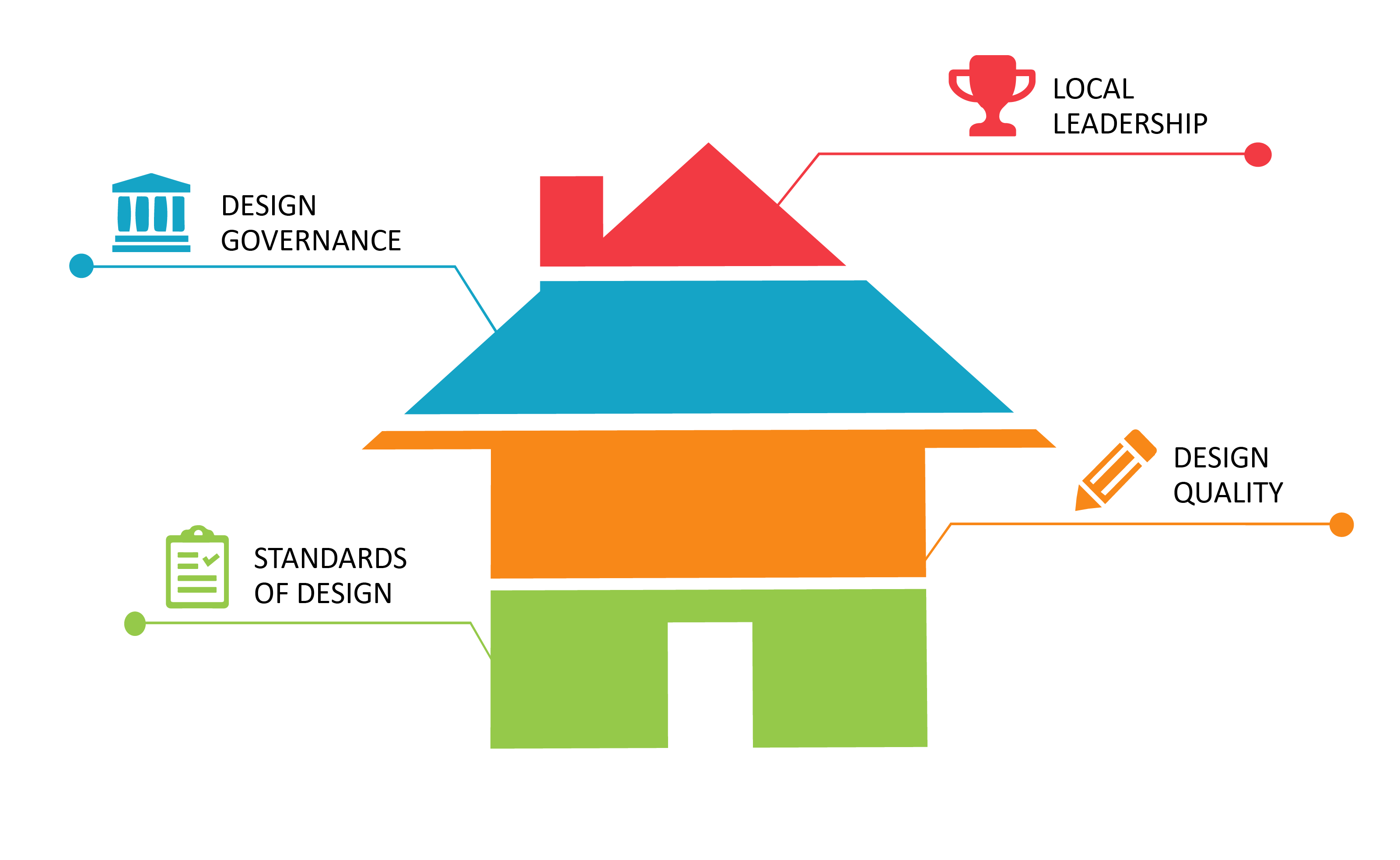 Based on the responses of 1213 local authorities councillors across England,
the research concluded:

1. Design quality is undervalued by councils, but makes development more acceptable to residents

2. There has been some improvement in design, but from a low base and not everywhere

3. Overdevelopment and local character are key

6. Councillors are political and officers technical

Why did you conduct the research?

As key decision-makers within their localities, not least as guardians of the local planning system, local councillors play a critical role in helping to shape the local built environment across the country. Yet, despite this, we know little about their role and perspectives beyond  anecdote and hearsay. Recent Place Alliance research which examined the availability of design skills within local planning authorities in  England suggested that not only are urban design skills and capacity within local planning authorities woefully low and declining, but  councillors themselves are increasingly poorly prepared and equipped to take on such a critical design decision-making role. Indeed, only half of councillors receive any kind of design training and even where it exists,  training appears to be minimal.

Understanding the role of Councillors in England as regards the design of new housing development: their aspirations, priorities, challenges and responsibilities, was the purpose of this follow up national survey. The revised National Planning Policy Framework (NPPF) makes it very  clear that good urban design is a national expectation and goes so far as to caution that: “Permission should be refused for development of  poor design that fails to take the opportunities available for improving the character and quality of an area and  the way it functions” (para. 129).

How did you conduct the survey?

The survey contained a combination of ten closed and open questions and was emailed to councillors in June 2018 (see Appendix A in the report).  Reminders were sent twice in July and again in August 2018.  Contact details were obtained from a dataset provided by Oscar Research, the cost of which was covered by a Ministry of Housing, Communities and Local Government (MHCLG) grant managed by Urban Design London for the Design Network.

In total, 1213 councillors from local authorities across England responded to the initial survey representing a response rate of 7.3% (see Appendix B in re report).  Of these, 343 respondents expressed an interest in being interviewed in more depth.  Given the very large number of such positive responses it was decided to conduct an additional short survey to drill down into some of the issues raised by the initial survey and in order to capture as many views as possible.

The follow-up survey had six largely open questions (see Appendix C in the report).  Data collection took place in September and October 2018.  A total of 93 Councillors responded to this questionnaire resulting in a response rate of 27%.

Noticeably higher response rates to the initial survey were apparent from councillors in southern regions to those in the North and Midlands. This may simply reflect the development pressures in different parts of the country.

What time period does your data refer to?

Data collection took place between June 2018 and October 2018. Total of 1213 local authorities councillors responded to the survey representing a response rate of 7.3%.

The Place Alliance will be conducting a new national audit of housing design quality in the UK. In this presentation, Matthew Carmona, who is a project lead, provides an outline of the context and background for the proposed research.

To understand better the role of English councillors as regards the design of new housing development: their aspirations, priorities, challenges and responsibilities, a new Place Alliance survey was launched in 2018 with support from the Design Network. Read more about it in Matthew Carmona’s blog →

The Place Alliance will be conducting a new national audit of housing design quality in the UK. In this presentation, Matthew Carmona, who is a project lead, provides an outline of the context and background for the proposed research.